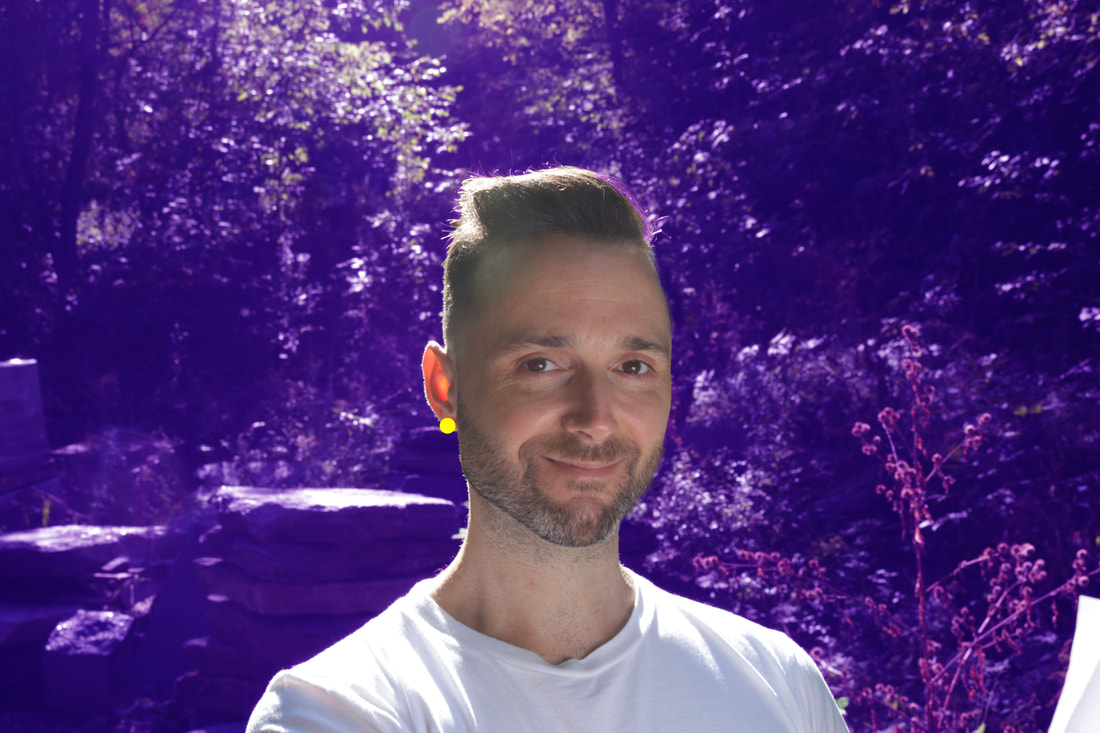 I acknowledge and promote the importance of feminist, LGB2TQ, BIPOC and neurodiversity spaces in the arts sector and society. In my body of work, I have focused on the resilience and representation of diverse queer people in ways that travel across the disciplines of movement, performance art, theatre, music and digital art. I am interested in dissolving binary thinking about categories of gender and sexuality while maintaining recognition of spaces that exist between and across them.

As I have continued to integrate digital technologies into my work over the years my objective has been to resist fetishizing them but to view them as tools for human expression. In my practice as a filmmaker, I often use the medium as a way to represent lived experiences in surrealistic ways with humour, text and movement.

With a foundation in occidental contemporary dance practices, nightclub dances, and ballet, my work is greatly informed by my studies of Central African dance technique at Nyata Nyata school of dance (2011-2019), and my academic research associated with the Graduate Diploma program in Communication Studies at Concordia University (2017-2018).

Montréal based queer artist George Stamos has been active in the professional contemporary dance world as a choreographer, dancer, and teacher since the mid-1990s. Originally from Nova Scotia Canada, George received his BFA (Dance) from The Amsterdam University of the Arts in 1993 and spent his formative years in the queer performance art and contemporary dance milieus of Toronto, London, Amsterdam and New York. More recently, in 2018 he completed the graduate diploma program at the Department of Communication Studies of Concordia University.

In both 2009 and 2017, George was invited to be a resident artist at the Baryshnikov Arts Centre in New York, and from 2012 to 2015 at Agora de la Danse in Montréal. George also received the much sought-after Northrop McKnight Fellowship for International Choreographers Award in 2014.

George’s choreography has received critical acclaim, including his most recent piece One Kind Favor that premiered in February 2020 at Montréal Arts Interculturel. As a dancer, he has worked with many pioneering Choreographers, most notably Benoit Lachambre, Sara Shelton Mann, and Zab Maboungou, and regularly performs in his own work.