Traditional Métis jigging preserves the historical dances of generations ago; such dances include: The Red River Jig (up to 100 steps), Drops of Brandy, Reel of Eight, Duck Dance, Rabbit Dance, The Métis Square Dance and Reels with calls (usually 8 people).
​
​www.vnidansi.ca/ 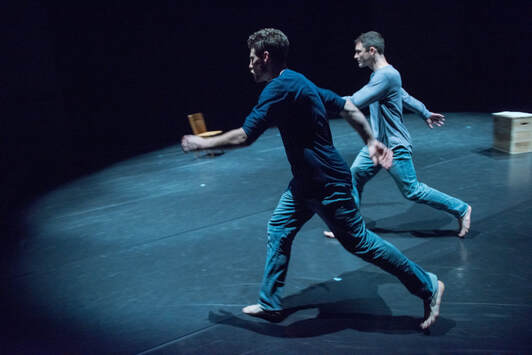 John is a memoir of my oldest brother John, who disappeared from Vancouver in May of 1969, never to be heard from again. I sourced from an archive of family letters dating from 1959 – 2010, which document the years leading up to his disappearance, his medical history, and the subsequent tracking my parents did of his disappearance. He was twenty-three at the time and I was thirteen.

There are multiple meanings in any given moment, dependent upon the point of view of the experience. This is the pathos and beauty of our existence and can render any heart and mind tender. It is this which compels me to create my work, and it is with this that I go out the door every morning to meet all the incidents of a single day. Everyone’s story meets— sometimes colliding and careening—in unarticulated moments as simple as being jostled on a crowded bus. This layering and cross-referencing exposes humanity and is heartbreaking and mind opening.

In this sense my work is transpersonal. Through a layering and cross-referencing in my processes there is an energetic transmission through space and time in performance, and everyone receives their own story. Their hearts and minds are touched in a way unique unto themselves, and there is the potential for a sharing of experience.

https://www.helenwalkley.com/index.html
Artists​
Since 1980 Helen Walkley has, as a contemporary dance artist, certified Laban Movement Analyst and somatic movement educator, lived in the U.S., Germany, the Netherlands and Canada - choreographing, performing and teaching. She completed an MFA in Interdisciplinary Studies in the School for Contemporary Arts /Simon Fraser University in 1996 and have since been based in Vancouver. In 2020 she received the Dance Centre’s Isadora award, peer recognition of an artist’s lifetime achievement. http://helenwalkley.com/artist.html

Originally from Alberta, Josh Martin is a diversely trained dance artist now residing in Vancouver. He has worked with many creators such as Justine A. Chambers, Out Innerspace, Dana Gingras, Serge Bennathan, Vanessa Goodman, Wen Wei Wang, Helen Walkley and as a member of Le Groupe Dance Lab (Ottawa). For over ten years, Josh Martin has been an Artistic Co-­Director of Company 605, a Vancouver-based organization producing various dance projects, regularly creating and touring new collaborative works throughout Canada, and internationally in the USA, Central America, Europe, Japan and Australia.   www.company605.ca

Billy Marchenski completed a BFA in Theatre in the School for Contemporary
Arts/SFU in 2000. He was a founding member of Screaming Flea Theatre for ten
years and has worked in independent theatre and contemporary dance for the past
twenty years, with companies such as Battery Opera, Radix, The Leaky Heaven
Circus, Caravan Farm Theatre, Boca Del Lupo, Kinesis, Co.Erasga Dance, Serge Bennathan, Mascall Dance, Neworld Theatre, Helen Walkley and Kokoro Dance. He is the recipient of the Sydney Risk prize for Outstanding Original play by an emerging writer in 2014 and is the 2021 winner for Best Experimental Film for light-bearer at the Cannes World Film Festival.

James Maxwell is a composer of concert music and music for contemporary dance, theatre, film, and media, and is Artistic Co-Director of Restless Productions. Recent works include Mama, do we die when we sleep?, by choreographer Rachel Meyer, The Razor Hiss of a Whisper, for Turning Point Ensemble and Couloir, and Finding itself [it] deviates, for Standing Wave. Upcoming and in-progress works include a new production with Fight With a Stick Performance, a new work for Tempest Flute Choir, and a new interdisciplinary performance project with Restless Productions.
https://www.jamesbmaxwell.com/

Lighting designer James Proudfoot from Edinburgh, Scotland, where he received his initial theatre training, has been living in Vancouver since 1993. He is currently Resident Lighting Designer and Lighting Director for Ballet British Columbia and has designed more than 20 pieces for the company.  Specialising in the realm of dance lighting, James has contributed designs for dance works to many local and national companies.
http://www.jamesproudfoot.com/


Leah Weinstein is a Vancouver-based artist working in sculpture, costume and performance. Using everyday objects and readymade materials, she explores relationships between individuals and collectives, and the space between action and display. She completed an MFA at Emily Carr University of Art + Design in 2014, and her work has been supported by Access Gallery; Dynamo Gallery; the BC Arts Council; Vancouver Board of Parks and Recreation; Banff Centre; Touchstones Nelson Museum of Art & History; Charles H Scott Gallery; and City of Richmond Public Art Commissions. http://www.leahweinstein.com/

Leslie Parent is a Métis designer and was raised in Chestermere Lake on her family's heritage farm.  She attended Kwantlen Polytechnic University for Fashion Design and has been designing from her White Rock studio for the last 30 years.  Leslie has collaborated with several dance troupes, athletic performance groups, dancers and choreographers in the lower mainland.

Chris Nichols is a co-founder and co-owner of Wood Shop Workers Co-op in Vancouver. Founded in 2013, Wood Shop Workers Co-op makes and sells reclaimed wood furniture and interiors, commercial millwork and metalwork, and engages in community collaborations including DIY workshops. As a democratically run worker-owed organization, Wood Shop's mandate is to provide meaningful employment to its members while growing the cooperative economy and being at the forefront of material reuse in Vancouver. https://www.woodshop.coop

Helen gratefully acknowledges the support of the Canada Council for the Arts, the BC Arts Council, the Dance Centre, the School for Contemporary Arts/ Simon Fraser University, the Firehall Arts Centre and SFU Woodwards Cultural Programs.

Helen and all the collaborators are grateful to live and work on the traditional and unceded territories of the Coast Salish Peoples.
​

Music
Paduana Lachrymae by Jan Pieterszoon Sweelinck (1562-1621) is based on Englishman John Dowland’s lute solo, Lachrimae Pavan.  The popularity of Dowland’s work was so great throughout Europe that arrangements of the Lachrimae appeared for almost every domestic instrument then in use.  He subsequently created a version for voice and lute to the text, “Flow My Tears”, which enjoyed an exceptionally long life.  Sweelinck uses the work as inspiration for one of his many sets of keyboard variations published in Amsterdam.  Sweelinck was noted throughout Europe as a brilliant composer, teacher and organist - one with whom many prominent musicians travelled to study.   He accomplished a magnificent synthesis between the variation technique of the English virginalists and the brilliant style of the Italian organists.  In Sweelinck's Paduana, each of the three main sections is followed by one variation on that section - A A1 B B1 C C1.

Rae Staseson’s Alphabet Elegy is a performed ‘list’, using the rhythm of voice, combined with an exploration of language, to pursue loss, grief, memory, and longing. Often political, sometimes playful, always personal, this work intends to challenge and entertain. Alphabet Elegy is a collaboration with sound designer Shelley Bindon, whose original soundscape will further transform the meaning and lamentation of this work.

For Alphabet Elegy, a list of losses, she broke apart songs, scales, intervals and meters of the music and sounds that mark milestones, grieve losses and help us let go of pain. The result is a soundscape that will haunt, lament and underscore the losses in ways that hit at our shared culture and experiences.

“Rae’s list is subtle, subversive and in-your-face. The sound needs to hang around the words, cling from the walls but be there to poke, pluck and caress in the liminal spaces.” 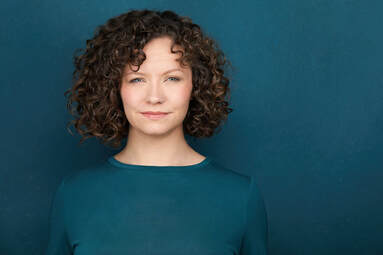 ​Ashley Johnson is a dance artist and Registered Somatic Movement Educator trained in group facilitation and hands on bodywork as a teacher of the Mitzvah Technique/Itcush Method and Continuum Movement. Upon completing a diploma in Dance from Grant MacEwan College and a BA in Dance from University of Calgary Ashley spent ten years apprenticing with movement pioneers from around North America. She trained extensively with her two primary mentors Amelia Itcush and Emilie Conrad until their passing in 2011 and 2014.  As a dance artist and educator, Ashley creates interdisciplinary site specific creations that blend embodiment practice with creative process. She is currently based out of Regina, SK where she teaches and performs independently and with New Dance Horizons.
www.constantlyseekingsoftness.ca
Artists​

House of Dance ONE