Enjoy a Halloween Adventure on Harvey Street. Visit NDH's pumpkin patch with dance and music streaming live!
The Vertigo Series is a traveling performance event series for emerging and established writers and musicians of all genres. Events are hosted at various venues around Regina throughout the year. The Vertigo Series believes a spark can happen when artistic disciplines are brought into conversation and partners with other organizations in the community to create collaborative events.

Tara Dawn Solheim has performed in many contexts throughout Canada, England and Japan. Working across genres, her original creations integrate poetry and melody in acappella performance. After studying English and creative writing at the University of Saskatchewan, she spent a year in the UK and later five years living in Japan. She continues to create new work through residencies at The Banff Centre, St. Peter’s College and Wallace Stegner House. Tara Dawn’s exploration of the physicality of the voice has led her to study practices including Fitzmaurice Voicework, Itcush Method, and the Feldenkrais Method.

Queer City Cinema Inc. (based in Regina, Saskatchewan, Canada) was initiated in 1996 as a biennial film and video festival and now presents one festival annually -a combination of Performatorium: Festival of Queer Performance and Queer City Cinema: Film Festival.Performatorium and QCC explore performance art and film respectively as means to gather insight and appreciation of queer art and artists locally,nationally and internationally. The range and diversity of performance art and film presented provide the queer and arts communities of Saskatchewan the rare opportunity to survey the rich and colourful dimension of performance art and film and, in turn, are given important insights into a variety of queer cultures.Works in Performatorium and QCC Film Festival act as a means to express and analyze subjects that include –but are not limited to –gender, the body, race, sexuality, identity and the creative process.Other activities include national tours of film programs and curating annual film and performanceart programs for Pitos Waskochepayis, a Two Spirit/Queer Film and Media Festival in Prince Albert Saskatchewan.

Gary Varro is a curator and visual artist based in Regina, Saskatchewan, Canada where in 1996 he established and continues to present Queer City Cinema Festival and Performatorium Festival of Queer Performance. Since the mid 90’s, Gary Varro’s visual art practice has proposed critical relationships with the architectural and social spaces they occupy and reference. Areas of interest include: queer identities; public/private domains; self humiliation and vulnerability; spectacle and transgression; humour and pathos, endurance and the creative process itself.

Colby Nargang is a Regina, Saskatchewan based entertainer whose music pays tribute to Elvis Presley and Roy Orbison. He has been singing since he was a child, however it was his performance of Roy Orbison's "Running Scared" at Telemiracle 27 in 2003 that opened doors to many opportunities. Colby is a well-known representative for people with disabilities as he was born with a rare disorder, Williams Syndrome. Unique to some individuals with this syndrome is an exceptional aptitude for music and the ability to mimic, which he was fortunate to be gifted with (for more information on Williams Syndrome please visit http://caws-can.org). Colby decided on the title of this album, "If I Can Dream" because it has always been his dream to be an entertainer and songwriter. Though he has had some rough times in his life with his disability and bullying, he still has followed his dreams. Colby feels that if he can overcome the obstacles in his life to achieve his dreams, there is nothing that can stop anyone from achieving theirs.

Technical Direction
Ian Campbell is a filmmaker and multimedia artist who works in video, installation and performance art. His short films have been screened across Canada at film and experimental media festivals such as Festival Du Nouveau Cinema (Montreal), WNDX (Winnipeg), Antimatter (Victoria), 8Fest (Toronto) and others in Europe and the US. He has presented performance work using live improvised projected video at artist run centres and performance venues across western Canada. He is currently based in Saskatchewan where he teaches film at the University of Regina. 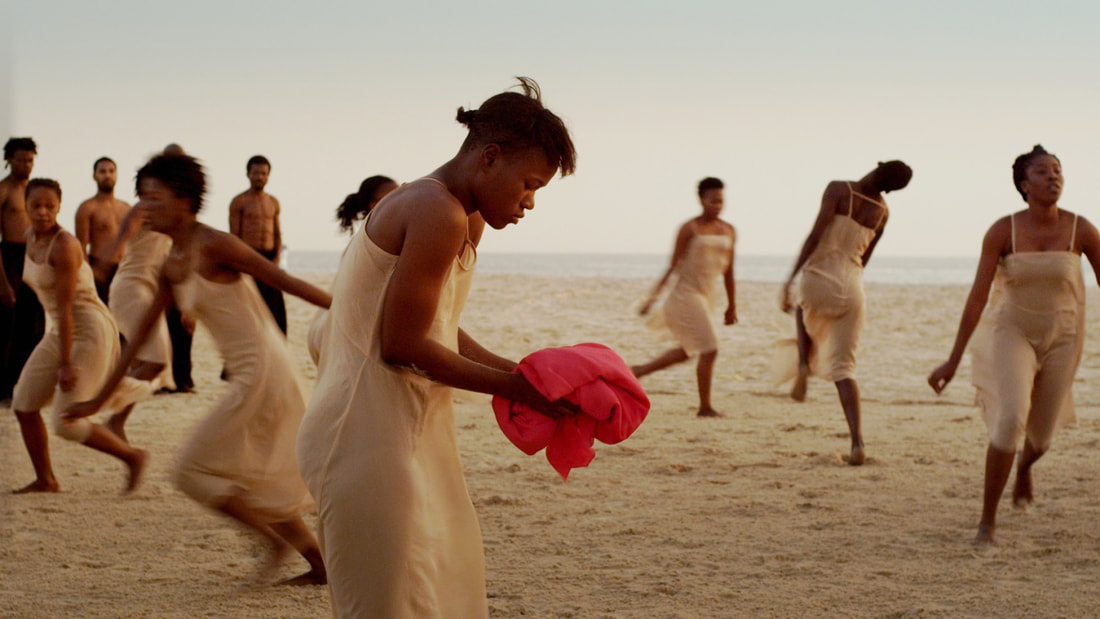 Photo © polyphem Filmproduktion
Springboard Performance is thrilled to present Pina Bausch's stunning interpretation of The Rite of Spring (1975) performed by a specially assembled company and produced by the Pina Bausch Foundation, École des Sables and Sadler's Wells as part of the Fluid All Fall programming. Faithful to Stravinsky's composition, this seminal work examines the power of ritual and sacrifice, as a young woman is chosen to mark the changing seasons. This film is a remarkable achievement in so many ways; it's visceral, beautifully shot, lovingly detailed, luscious visuals and powerful themes. You will not want to miss this rare opportunity to see timeless dance work re imagined.
TRAILER

NDH is excited to partner with the Compaigne Marie Chouinard to bring you Time for Time. Marie is pleased to present this dance performance, an event that resonates with the existential questions that inundate our lives.
Over three days, according to schedules adapted to audiences all over the world, the dancers of the Compagnie Marie Chouinard will take turns interacting with the audience via Zoom.

These spontaneous dance performance will take their inspiration from a heartfelt wish that a member of the audience confides to a performer. In response to this desire, this first step, the dancer will play the role of medium between the forces of life and the unconscious mind of the person who has made the wish, initiating a flow of energy, a movement towards a possible enactment of change. After performing this kind of incantatory dance, reminiscent of the Pythia in ancient Greece, performers will take time to regenerate their bodies and minds before undertaking a new performance.

The performer “replies” to each wish expressed with a dance which lasts for approximately five minutes. On each of the three days, members of the audience will be able to view all the dances and all the sharing of wishes. This free event is open to everyone. You just need to register, and 24 hours before the performance you will be provided with a link.
This moment of exchange is our gift to you. Take the time.
Time for time,
time for sharing,
time for hope,
time for intimacy,
time for change,
time for introspection,
time for joy,
time for you!
A Tiny World's Fair & Secret Garden

Ready to come adventure through the realm of a tiny world?

Tom Brown’s FEEDING THE MASSES video on http://www.streamofdance.ca/tinyworld offers a glimpse of this live tiny adventure that is sure to whet your appetite!
Tom Brown is an artist living in Calgary, AB, where he graduated from the Alberta College of Art & Design in 2015. His work has been featured in a variety of media outlets, including the Today Show. Working primarily in handmade functional miniature, the focus of his practice is public engagement. Beginning doing pop-up public performances in his fully functional Miniature Kitchen as a part of the larger project, Feeding the Masses, his methods of public engagement have evolved to encompass multiple additional projects. Finders Keepers features a handmade miniature, hidden each Saturday, for a member of the public to find. He has successfully hidden and had found over 140 items since this project's 2017 inception. The items are hidden primarily in Calgary, but locations of successful hides include Spain, France, Japan, and a number of Canadian and American cities. His most recent project, Starting Small, is a collaborative initiative, utilizing his practice as a miniaturist to hand-make miniature skateboard decks which are then distributed to interested members of the public to paint, distribute further to their friends, and return to be catalogued and published. Since beginning this project in early 2019, he has distributed nearly 200 skateboards to people as far away as Turkey, Australia, and Sweden.

There is a contrast in his work, as the formlessness of virtually published work contradicts the heavily process-based practice of creating handmade functional miniatures. This dichotomy is useful in creating opportunities to move virtual interactions from the internet to the physical world, as in his projects Finders Keepers and Starting Small. Cultivating the internet as a display medium, while maintaining visual art as context, he hopes to continue to create new ways to interact with art.

*Special thanks to the following agencies: Government of Canada, Saskatchewan Arts Board, City of Regina, Canada Council for the Arts, CanDance, Community Initiatives Fund, Dance Saskatchewan Inc., SaskCulture, and Business for the Arts ​

NDH acknowledges that our organization creates, inspires, and educates on Treaty 4 Territory. We affirm our relationship and partnership with the First Nations and Métis people that live here, in the spirit of reconciliation and collaboration.